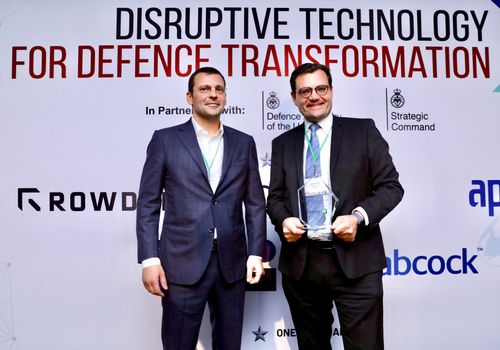 The main themes of this year, in the context of high international tensions given the war in Ukraine, were:

This event gathered over 300 participants, including senior commanders and high-ranking officers from the United States, the United Kingdom, France, Germany, Italy, Spain, and other NATO states.

We are thrilled to be chosen among 700 companies by a selection committee of international experts in the field of defence.

HrFlow.ai has been selected based on its ability to answer the following strategic questions:

The global challenges of military talent and workforce data are two-fold:

HrFlow.ai has adapted its scoring algorithm GemNet2 to meet this challenge, achieving an unprecedented accuracy of 97% in forecasting officers' career paths within the Army.

In addition, GemNet2 made it feasible to describe which attributes were responsible for the promotion and the areas of development in an officer.

This award crowns the success of this collaboration with the Army.

BoondManager extends access to AI for digital and IT consulting firms in partnership with HrFlow.ai