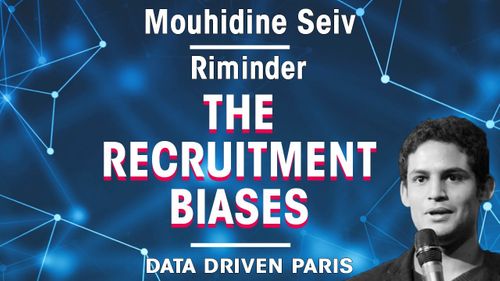 As Below, to get computers to do something new we used to program them.
Programming required laying out detailing every single step and action in order to achieve our new goals.

Now, even if you don’t know how to describe a certain problem, you can teach a computer how to solve it through Machine Learning.

Machine learning algorithms provide a computer with the ability to automatically learn and improve itself from experience only by drawing examples from the data. The more data and computation power they can access, the better they get.

Most importantly Deep Learning algorithms allow better leverage of unstructured data by engineering their features and representations to achieve a given goal without requiring any prerequisites about the data field from the Developers who are training them.

An impressive example was the Kaggle competition won by a team of Geoffrey Hinton about automatic drug discovery — beating all the international academic community with no background in chemistry, biology, or life sciences, all in just two weeks!

The trouble with Learning Systems

Learning systems are rapidly expanding into many areas of everyday life from healthcare to education. Amongst the excitement about these large-scale data systems, two major concerns are arising:

“Adversarial examples are inputs to machine learning models intentionally designed by an attacker to cause an incorrect output prediction from the model. They are to machines what “optical illusions” are to human.

For instance by adding a small and well-calculated noise/perturbation to any image you can completely change the original prediction of a model with a high confidence.

Even worse a malicious hacker can leverage these weaknesses to fool a Learning Model and take control of your future self-driving car making it blind to pedestrians’ presence on roads.

Recent research has shown adversarial examples can still fool a system even after they have been printed.

A recent paper shows that humans are not different from computer systems and that real-life adversarial examples can fool humans too.

You can read more about adversarial examples here: https://blog.openai.com/adversarial-example-research/

The definition of the word “Bias” has been changing over the last centuries :

In machine learning, the bias is commonly visualized:

Considering the Bias problem in Machine Learning as a purely technical problem leaves out a whole part of the picture.

Training data is often biased by the world large history of human undue prejudices. As a consequence, this introduces a new intrinsic bias (legal) in the learning systems that cannot be solved even with model validation techniques. As consequence, Machine Learning models can still be biased from a legal perspective while being unbiased from a technical standpoint.

Even with the best intentions, it’s impossible to separate humans from their own biases.

In recruiting, most biases occur and are perpetrated mainly because of the use of Keyword search Engines to screen candidates. Indeed, since these keyword systems are hard to tune, most people end up typing well-known schools and well-known companies which favor prestige over the real potential of the candidate. Furthermore, because these tools are not smart enough to translate a diverse set of experiences and backgrounds they :

At Riminder, we believe that the main challenges that recruiters are facing today and will be facing in the next decades are:

By eliminating bias, in recruitment we allow businesses to identify 3x times more relevant talent within their existing databases while cutting 1/2 the time to fill a position.

By qualifying (parsing+enriching+scoring) every element of the career path of the candidate (namely the working experiences, projects, educations, hard skills, soft skills, transitions, etc.) we identify the overlooked connections between positions.
At the opposite of a keyword system, for which a “sous-chef” and an “ event manager” are unrelated, our technology understands the hidden correlations between them — such as being highly organized and being able to perform well under pressure.

Our technology is based on 4 layers of AI:

Quick tips for candidates that are applying to companies that are not using Riminder:

>Language bias: always send a resume in the most commonly used language in the company. People focus on the language that is the easiest for them.
→Interview likelihood: +6.8%.
>Layout bias: always send a one-pager mono-column with a maximum of  2 text colores resume. People focus on the layouts that is the easiest to read.
→Interview likelihood: +N columns= -3.2% x N and +N pages = -3.8% x N.

Fairness can be measured using a variety of metrics, among which are:

Those definitions of fairness and parity are not exhaustive.
A recent research paper shows that they are fundamentally in conflict and cannot be satisfied simultaneously.

Besides their efficiency Word embeddings can propagate some very dangerous biases based on the training data — such as Gender Stereotyping:

There are two types of Gender Stereotyping:

Here is briefly how would take it away, with our previous gender bias example:

>First: Gather all words X and Y words of the vocabulary such as:
→ (i) vector(she)-vector(he) ≈ vector(X)-vector(Y)
→(ii) X-Y is an unappropriated gender stereotype

>Third: Take the singular value decomposition of W to find the subspace corresponding to gender stereotyping. Most of the time, these singular values are very skewed, and it is easy to select the top one or the top two singular vectors to represent this bias subspace.

What’s next for you?

Are you a Developer?

You can start now using our self-service API without any painful setups.
Get started in a few minutes with our documentation:
https://developers.hrflow.ai

My Ultimate Guide for HrTech in 2023

HR software companies? Why structuring your data is crucial for your business? 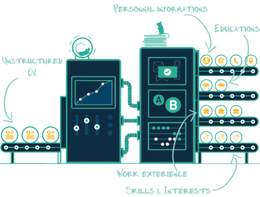